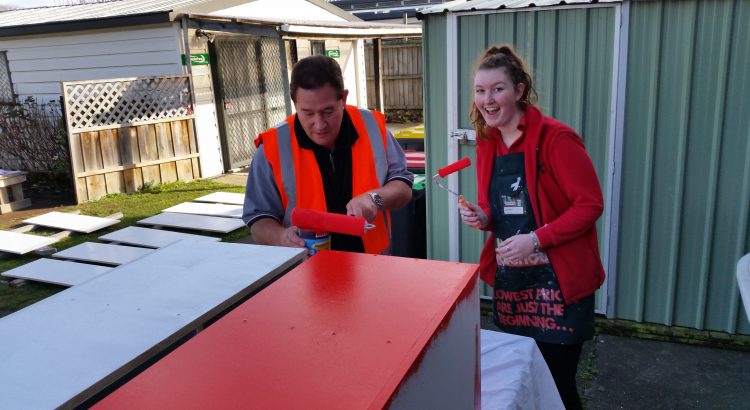 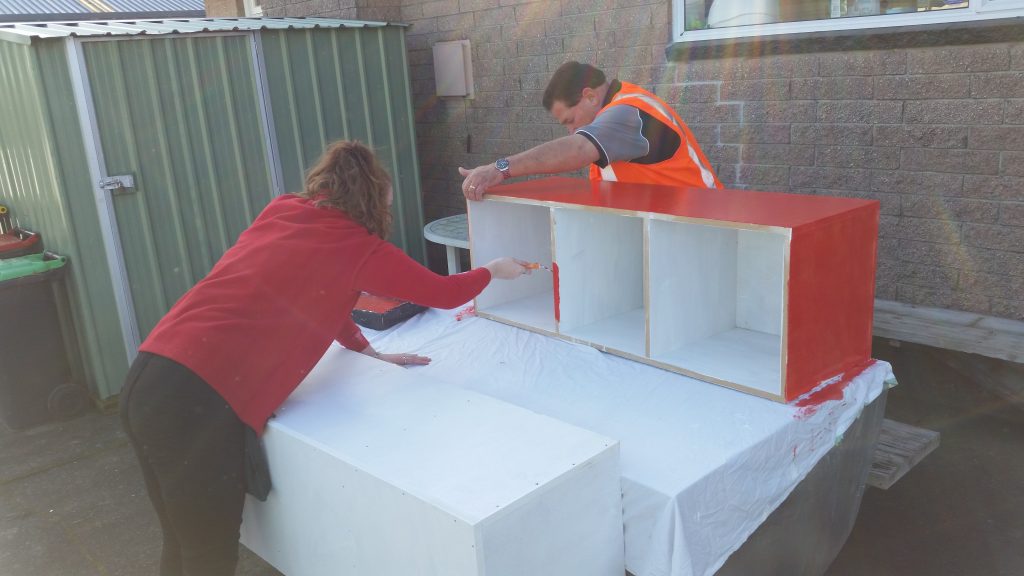 The Imagination Station (and Tim from Methodist Mission and Bunnings Shirley ) approached us to hlep them build some seats / boxes for a Pop Up event being held in New Brighton.  Basically they were looking for some bench seats that could flip into their backs and become boxes to hold lego. with that many people asking how could we say no – so we didn’t and off we went.

We made our plans, Bunnings supplied the wood, glue, paint, screws and off we went.

The seats were made from 1200 x 2400 x 19mm cut into 6 pieces (1200 x 400) and some of those were cut into 3 to provide 400mm x 400mm dividers for the seats. This step of the process was probably the most difficulty for us as we don’t have a large shed (3m x 3m) or a large table saw. Instead we chose to make a cutting jig and clamp that to the boards then cut with a table saw. much careful measuring, equally careful cutting and a fair few bits of muttering later we had the wood cut. Then the fun began. 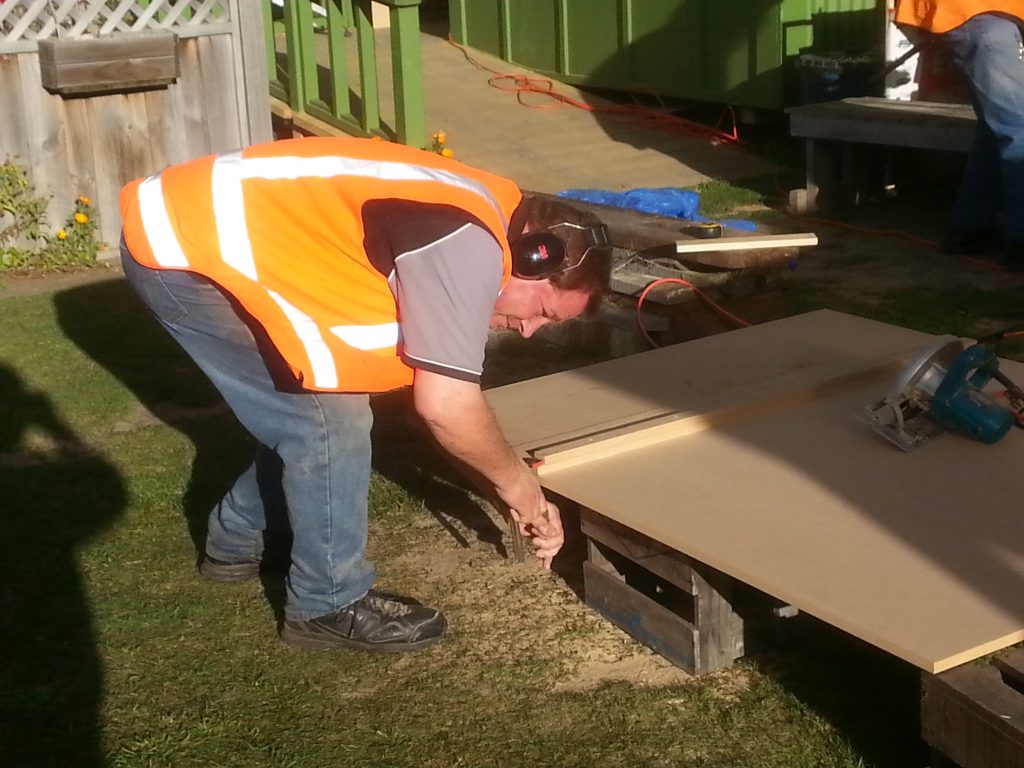 Did I mention we had a small 3m x 3m shed? Did I mention we did this in the middle of autumn / winter? By dodging rain showers and working frantically we laid out the boards and started undercoating. The paint went on with the help of many volunteers including students from Kimihia Adventure Program, Tim from Methodist Mission and of course folks from our Linwood Resource Centre and Linwood Community Gardens. We laid the boards out on spare timber, picnic tables, saw horses and any other furniture we could drag into service and off we went.

While the painting was being completed we started assembling. Ideally we would have painted everything before assembly but time and weather was pressing so we painted and assembled, keeping a careful rotation of dry wood, drying wood and wood being painted to maximise our efforts.

Kennedy from Bunnings had chosen some fantastic paint colours for us – all Lego like colours, and came down to join us for a couple of days. We believe the total product we consumed around 16 litres of paint, several hundred screws, a large bottle of PVA, 1 saw blade, 10 pizzas, 23 gallons of coffee and tea by the tanker full. again thanks to Mona and others from LRC who kept us supplied with liquid.

With the paint just dry (and I do mean just) they were loaded into cars and off they went just in time for the opening.

This is probably the project which had the widest range of community involvement and certainly bought us all together. 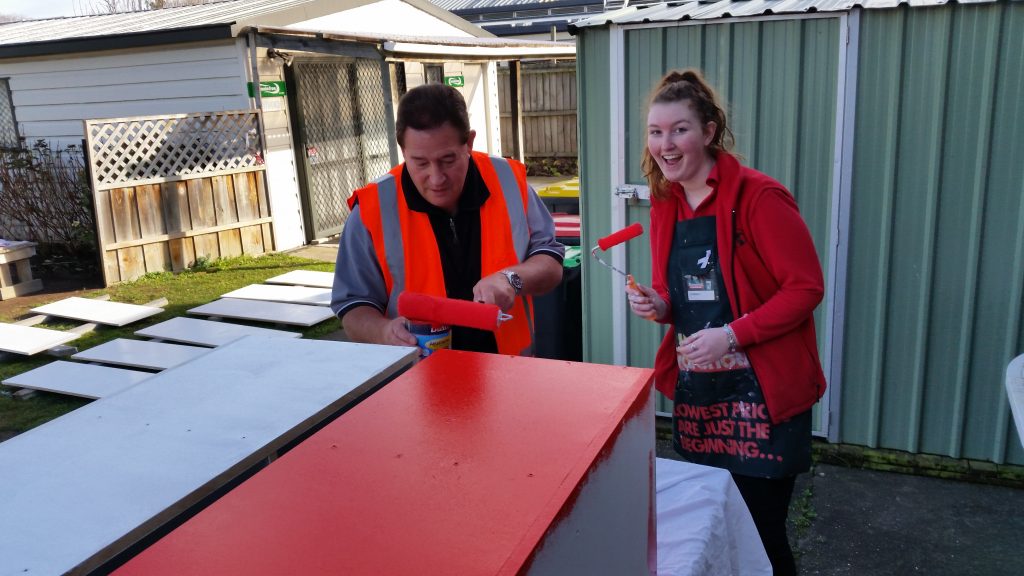 Jigs – we used them for:

Paint Brushes – don’t trust anyone with a paint brush in their hands – you know who you are!!!!